As we mentioned in our Fine Tuned Universe page, it is necessary for enormous possibilities to happen consecutively to form a universe which we can live in and that we could be in perfect harmony in the planet we call Earth.

Since we are a part of nature and life, we may be too used to the things happening around us and it may not seem attractive but everything in our world continues in a harmony. Now thoughts like if the universe had not been this way we would not have existed paradoxes or natural selection and the origin of species theories may wonder through your mind but be careful, it did not have to be like this! For example, our world could be have been a very cold / hot planet where the oceans occupied every part and the lands had been too inadequate for people. If you look around, you will see that everything is designed in perfect harmony for humans to comfortably live in!

But I’m going to ask you to look at it from a different angle this time.

Does not the fact that the same ratio is seen in many different beings, from giant galaxies to tiny animals, from human body to plants, show that all these things come from the same source? Now you can think of this universe has existed for billions of years and we have been living here for thousands of years, and if the Golden Ratio is the ideal ratio then couldn’t it have formed as a result of a mechanisms which have worked for so many years? Let us make a reminder here, the Golden Ratio is seen in different kinds of creatures, but also in inanimate beings. For example; in humans, plants, animals, galaxies….

If you still say it can happen itself, please continue reading.

As you know, the universe that we can perceive is four-dimensional, the first three of which is the position of an object in the X, Y and Z axes in space, and the fourth dimension is which time period it is found in that position. While interpreting the golden ratio, we can reach certain results by making measurements in the observable universe, but can the Golden ratio be also seen in the fourth dimension which is time? So if the Golden Ratio which can be found humans, plants, animals and inanimate entities is also found in time would you say this is a result of coincidence, variation, adaptation or the result of millions of years of life etc.?

We could easily make calculations with our senses on the X, Y and Z axes. For example, we can count the angstroms in a DNA molecule or analyze the light spectra coming from the milky way galaxy. In order to be able to make measurements, two different results to be compared are required. For example, the measurement of length is the result of Z, depending on whether X is zero.

But how can we measure time? We need one value that changes depending on time while the other value is time. I could give an immediate example: stock exchanges. As you know, the value of relevant companies or commodities is measured and recorded in the stock markets within minutes or even seconds.

In fact, people who are interested in stock markets for long periods of time using technical analysis tools such as Fibonacci Lines, Fibonacci Springs, Fibonacci Fans, Fibonacci Time Zones could tell us at what point the movement of rising trends will find resistance and how much the movements will go down (corrective action). In other words, as we mentioned above, two different movements (rising and falling) is the most beautiful harmony of two movements and the rate of the Golden Ratio is 61.80% Do not suddenly dream of becoming rich, you cannot know the action which will take place in the future but when you look back, you realize that in fact your life has progressed according to a certain order and adjustment.

Here are some examples where you can see that time changes depending on the gold ratio: 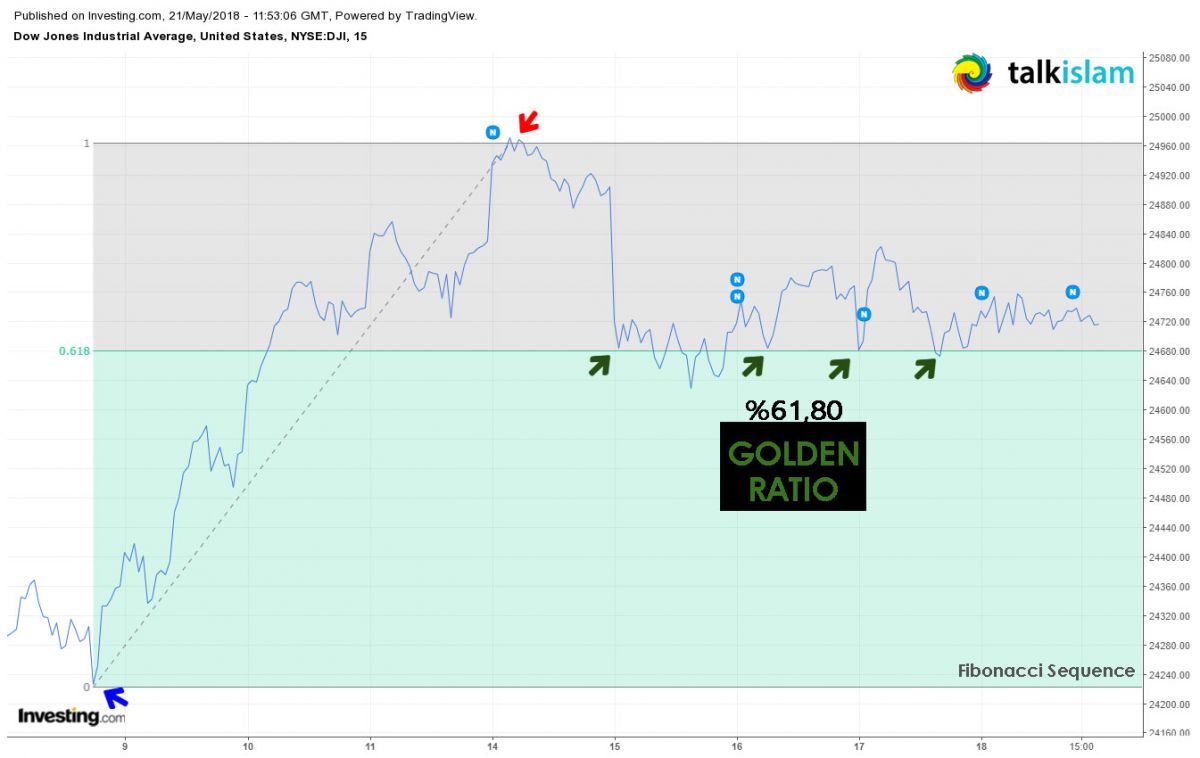 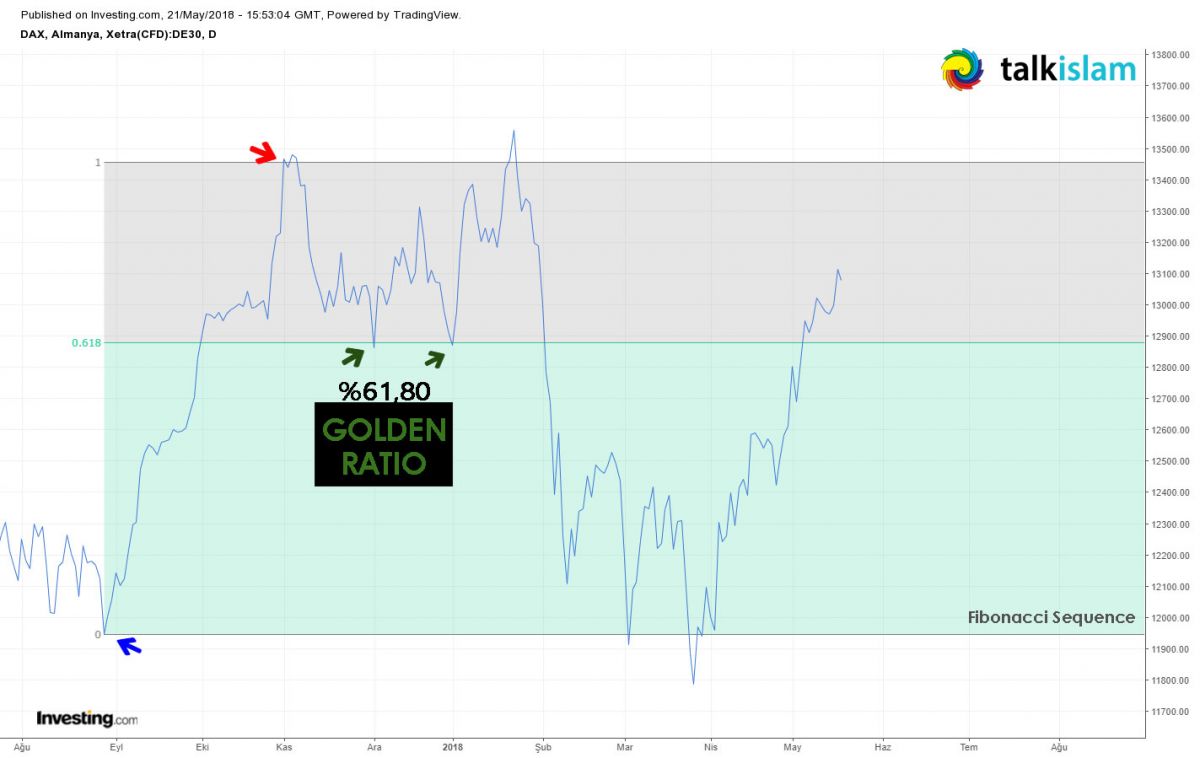 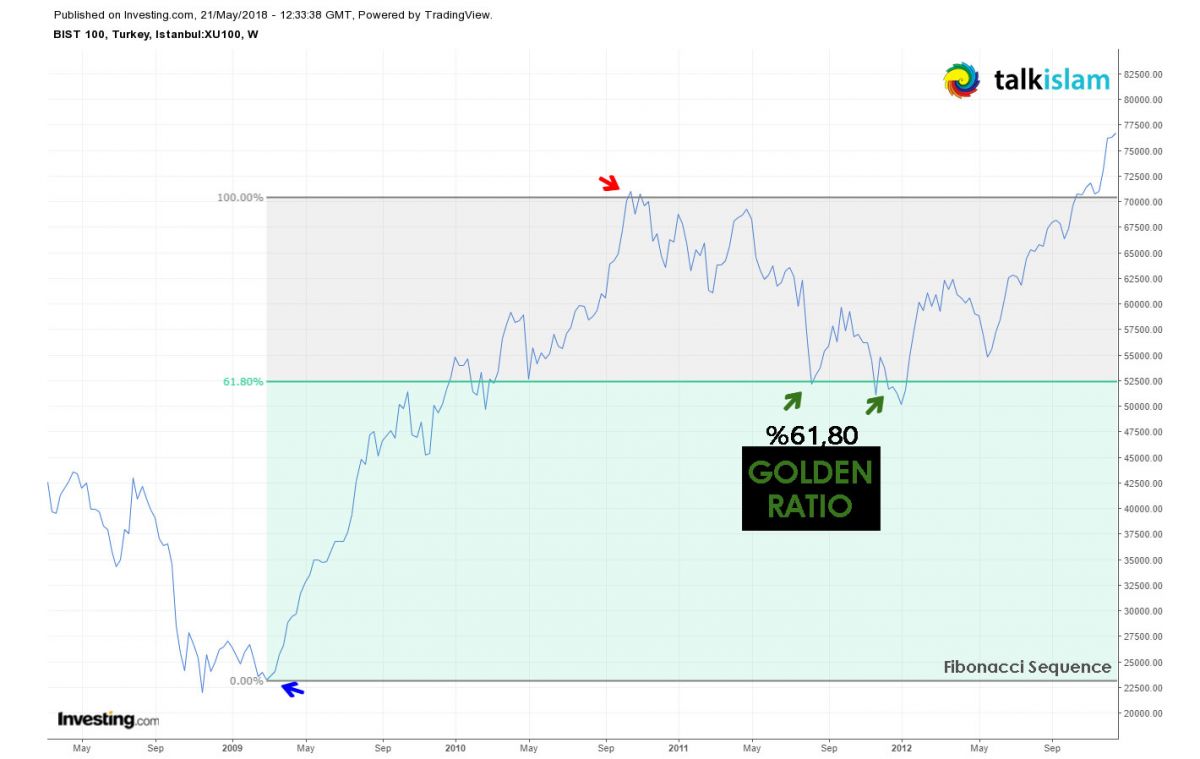