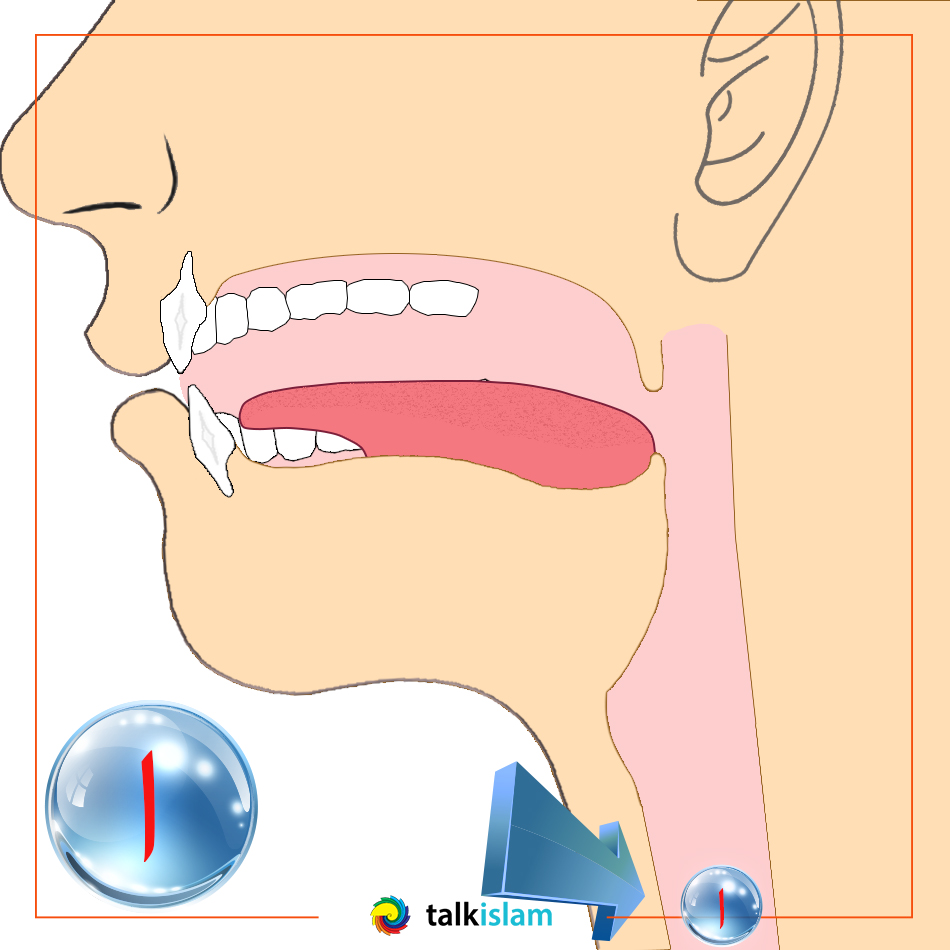 The letter Alif is pronounced right from the junction where the chest and the bottom of the throat (the throat pit) meet.

It’s pronounced in bold and obvious manner. The letter Alif functions as an elongation letter as well. (It’s one of the elongating letters that elongates the latter letter).

Please note: Since Arabic phonetics differ from English phonetics in terms of sound and pronunciation therefore in order to learn the most proper Quran recitation, again, it is imperative to take advantage from a qualified instructor.

The explained letter Alif (ا) above is an Alif(ا) that takes up hareka (hamza) and is not the elongating Alif (ا) letter. The Alif (ا) with haraka sometimes can also be written in the shape of curly hamza (ء)